The Grand Challenge
for Global Interdependence

Yun Family Foundation is proud to sponsor The Grand Challenge for Global Interdependence (“The Challenge”), an incentive competition designed to nurture innovations that promote a better future for all through inclusive stakeholding, vested interdependent interests, and goal congruence. The Challenge invites social innovations from any discipline including economics, politics, arts, technology, and sciences (including the social sciences).

The Challenge will proceed in three stages of competitions.

The Grand Challenge for Global Interdependence

In the first stage, the competition will be run through a number of co-branded partners who will be administering the prize. Interested participants are encouraged to visit our partner websites to see if they qualify to compete for the prize. Winners will be selected to receive an award of US $5,000 for the best proposals submitted prior to the deadline in accordance with the terms set forth in the partner websites.

Qualified applicants (please read the terms and conditions set forth in the website) should submit a written proposal of no more than 5000 characters (about 800 words) in the Proposal section of the Registration Form below.

The proposals should address the following questions:

Participants are encouraged to think outside of the box and to challenge existing social norms and paradigms. Innovative ideas in any sphere of life will be considered. For-profit and nonprofit ideas will both be considered.

Awards for the First Stage of Competition

The selected winners will be awarded US$5,000 each.

The competition will commence in 2019. Please visit the prize partner websites for further details regarding participating in the competition and applicable terms and conditions.

Should fill out and Submit the following form below:

this form the user register for the competition

The Grand Challenge for Global Interdependence 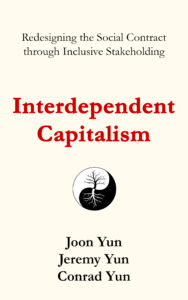